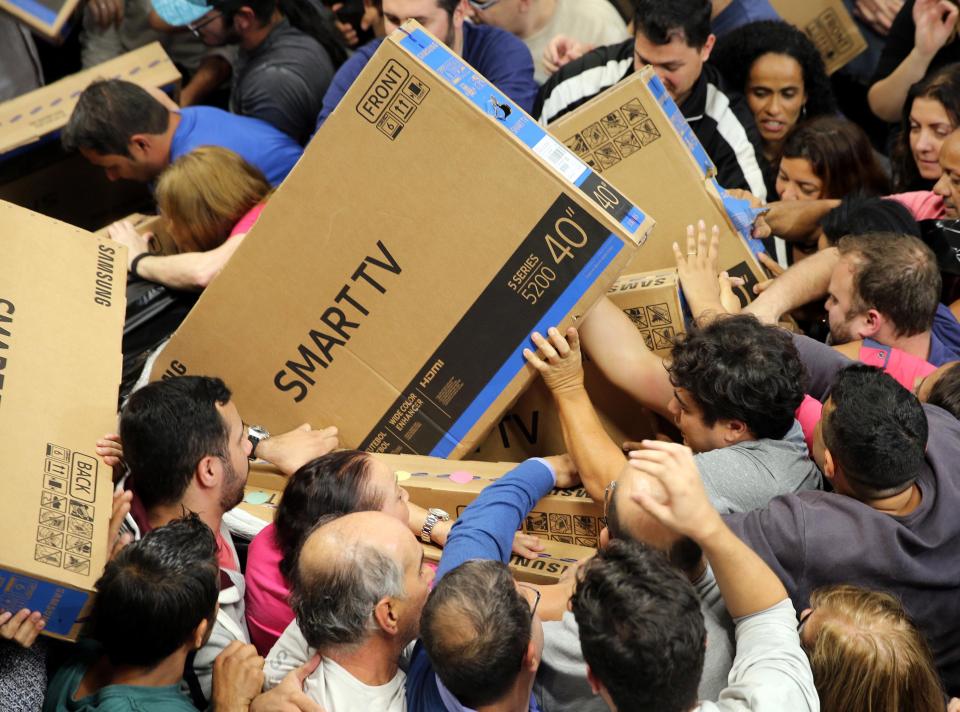 In marketing, Black Friday refers to the day after Thanksgiving in the United States, which is marked by promotional sales and huge crowds in retail stores, and is often considered the beginning of the holiday shopping season.

The earliest evidence of the phrase Black Friday applied to the day after Thanksgiving in a shopping context suggests that the term originated in Philadelphia, where it was used as early as 1961 to describe the heavy and disruptive pedestrian and vehicle traffic that occurred on that day. Today, a popular explanation is that this day represents the point in the year when retailers begin to turn a profit, thus going from being “in the red” to being “in the black.” [1]

A subject of controversy, many large retailers have started opening their doors on Thanksgiving evening; this practice may be called Gray Thursday, Black Thursday, or Brown Thursday.

In 2015, sporting goods retailer REI bucked this trend by closing on Black Friday and encouraging employees and customers to spend time outside instead of shopping.[2]