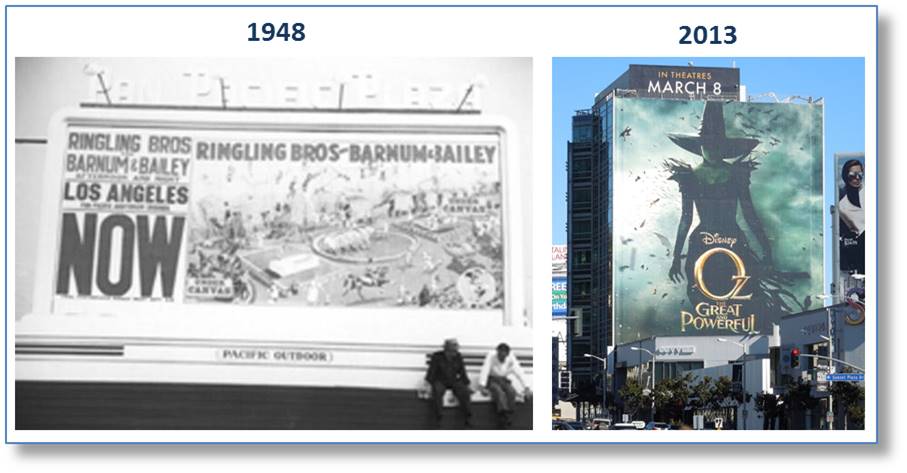 “The billboard is one of the most iconic advertising forms. Designed in the early 1800s to notify the public of upcoming circus performances, its use as an awareness builder for events is still going strong.” – MSW Research

Out-of-home (OOH) advertising refers to any advertising media found outside of the home but typically not inside a store which sells that merchandise (see in-store advertising).

Traditionally, out-of-home advertising has included visual static signage such as posters, billboards and ads on street furniture (e.g., benches and bus stop shelters); however, there has been a gradual movement from static to dynamic signage which includes movement and customizes content shown based on environmental factors and even viewer interaction.